HR faced North again in the grand final of Bets.net Masters: Season 1. The match featured a bo3 format, and the teams chose Cache, Overpass and Inferno for the match.

The first map started roughly: HellRaisers earned five rounds in the first half, though with difficulty. The game went better after the side switching, and the first half ended with us winning with a minimum advantage.

The opponent started the second map well and got a five-round streak. HellRaisers then leveled the game a little. Having switched to the defense, HR lost the initiative and didn't take a round until the end of the map — 16:6.

Inferno started with a confident streak by HellRaisers. They got to a 11:1 score in their favor in one fell swoop. The Danes came back after that, having earned three points by the side switching. In the second half, North continued to bridge the gap. Eventually, we saw overtime where HellRaisers turned out to be stronger in the first set. 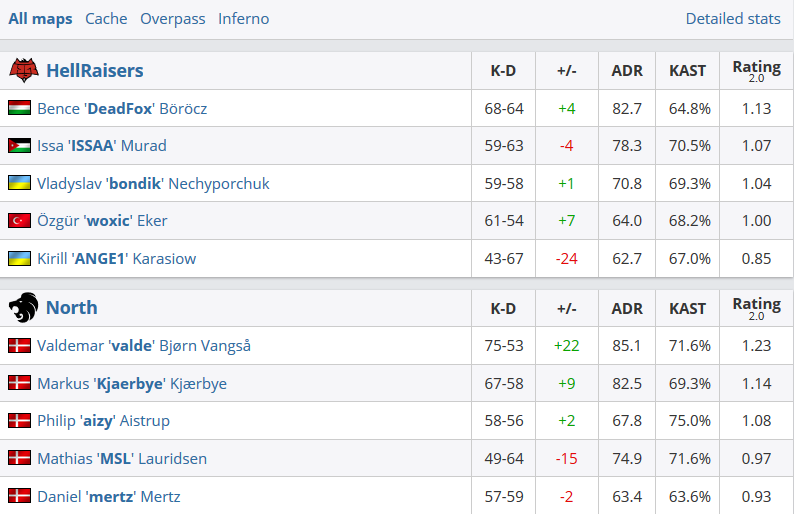